The most popular January birthstone is Garnet. Garnet is also the stone that celebrates the 2nd anniversary of marriage. The name “garnet” comes from the Latin word “Garanatus,” meaning “seedlike,” in reference to pomegranate seeds. This connection makes sense because small garnets resemble the red seeds you find inside a pomegranate.

5 Things Jewelry Lovers Want to Know About the January Birthstone

What is the Real Birthstone for January?

Garnet is the main birthstone of January. The name “garnet” comes from the Latin word “garanatus,” meaning “seedlike” so called due to its resemblance to the vibrant red seeds of a pomegranate. In Greek mythology the Garnet is referenced as a gift of love and is associated with eternity. Garnets continue to be associated with faith, love and constancy and due to such properties are considered a great gift to symbolize friendship, trust and compassion. Although not all Garnets are red, the most popular Garnet is a bright red, fiery crystal of passion.

What Are the Two Birthstones for January?

What Is the Color of the January Birthstone?

The symbolic color of January is a deep red. Willpower, vigor, courage, and leadership are traits associated with the deep red color of the garnet. While Garnets come in a variety of colors, red garnets are the main color for the January birthstone.

While Garnets are mined in a rainbow of colors from from the fiery orange of a Mandarin Garnet to the rich green of a Tsavorite Garnet, the most widely recognized red color of the Pyrone Garnet is the January birthstone. Pink and red colored gemstones, including garnet, are typically associated with three main elements – the heart, blood and passion. This deep red gem is believed to possess an array of powers, including the ability to be an antidote to poison. Garnet is also the
gem associated with the second, sixth, and nineteenth wedding anniversaries.

How Much Is Garnet Worth?

Garnet prices range from $500 a carat for good colors with inclusions, to $7000 for clean larger stones with top color. Garnets are currently mined in Sri Lanka, Afghanistan, Austria, India, Brazil, Russia and the Czech Republic.

What Are Typical January Birthstone Bracelets?

What Are Typical January Birthstone Necklaces?

What Are Typical January Birthstone Rings?

More About the Gemstone Garnet

Garnets are relatively tough gemstones, which makes them durable enough for almost all types of jewelry. The hardness of a garnet depends on its type/variety and can therefore range from 6.5 to 7.5 on the Mohs scale.

A crucial factor that adds to the appeal of garnets is that they are rarely subjected to synthetic processes. While the color and clarity of most gemstones are enhanced using treatments such as irradiation, heat and diffusion, a garnet remains unaffected by these treatments. Because of this, most of the garnets available in the market today are most likely to be 100% natural. Their ready availability further reduces the need for creation through artificial means.

A garnet’s toughness ranges between fair to good, making it a durable option for all jewelry styles as long as it is treated with proper care.

The Legend of Garnets on Noah’s Ark

Upon the dark and deep a light shone from the strange vessel that alone floated on the sea to light its way. So the legend goes of garnets taken on the ark.

The Earliest Discovery of Garnets in Jewelry

Garnets in jewelry have been discovered as far back as 3800 BC where they were used in necklaces and put into the mummified tombs of Egyptian pharaohs. They were thought to be an important symbol of good health. The stone was fashioned into beads for necklaces and used as an inlay for carvings. A garnet is a symbol of lasting friendship.

Other Uses for Garnets

Garnet has been used not just as an ornamental jewel, but also in warfare. Some Asiatic tribes were known to place garnet stones in wounds to encourage blood clotting. In 1892, Hunaz tribes engaged in hostilities with the British on the Kasmir front used garnet bullets to make deadlier wounds than those made of lead.

During the Crusades, Garnets were used as protective talismans by both Christians and Muslims. Perhaps due to the stone’s reputation for protection, royalty often wore Garnets. Mary Queen of Scots, Queen Victoria, and the Russian Czarinas were all known for wearing garnets. 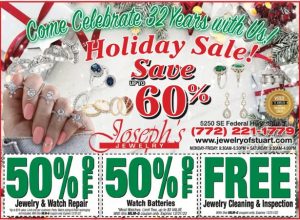