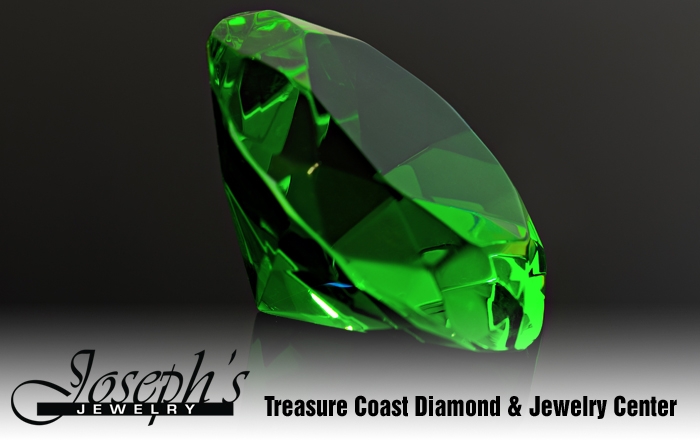 If you have a birthday in May then you should be familiar with this beautiful stone! Emeralds have had a long history of being prized possessions all the way back to the Spanish fleets that sailed Florida’s coast! Actually some rings with large emeralds were recovered from the Atocha wreck recovered by famed treasure hunter Mel Fisher! Fast forward to today and we see them in a lot of fine jewelry and fashion pieces. A member of the beryl family the Emerald tends to have some extra steps needed to take care of the stone, but done properly they can last a lifetime!

“Volumes have been written about the history of Colombian emeralds. Our history section is therefore a brief overview of a fascinating and well-documented topic. Before the arrival of the Spanish in 1499, emeralds were mined by the indigenous people of what is today Boyacá Province. Archaeologists estimate that natives were mining and trading Colombian emeralds as early as 1000 BC (Sinkankas, 1981). When the Spanish arrived, they quickly took over the mining areas and forced the indigenous people into slavery, extracting emerald for European royalty and aristocrats (figure 2), as well as Mogul rulers in India. The inhumane treatment of the natives led Philip III of Spain (r. 1598–1621) to issue a decree protecting them, but the tribes had already suffered greatly by then (Keller, 1981).”